RENEWABLE ENERGY ON THE MOVE !

Renewable sources of electricity overtook coal last year to become the largest source of installed capacity in the world, according to the International Energy Agency.

A recent graph is spectacular showing how the cost of solar energy has come down while the volume deployed has gone up. In 1975 a silicon solar energy module cost over $50 per watt, while now it is less than $1 per watt. The milliwatts installed have risen from 1 to 115,000 ! Since 2000 the deployment of solar has doubled seven times.

END_OF_DOCUMENT_TOKEN_TO_BE_REPLACED

Justice, national reconciliation in the Central African Republic, living together, secularism. These are themes that today are questioning the French, but they also concern many countries. The Central African Republic is hardly emerging from a period of near-civil war and, at the very least, anarchy. France intervened with Operation Sangaris and the international community with the device of the Minusca.

END_OF_DOCUMENT_TOKEN_TO_BE_REPLACED

Once again this month, we find cities in the lead for the various componens of a culture of peace, including sustainable development, tolerance and solidarity, democratic participation, peace activism and disarmament.

Before going into detail, we should celebrate the formal signing of the peace accord for Colombia, which has been under negotiation for several years and which has been followed, step-by-step, by CPNN, as well as the progress towards a peace accord to end 47 years of war between the government of the Philippines and the communist movement National Democratic Front.

END_OF_DOCUMENT_TOKEN_TO_BE_REPLACED

A little more than a year ago, on the impetus of Professor Albert Tévoédjrè, African academic, politician of Benin, President and founder of the Pan-African Center for Prospective Social Studies (CPPS), former Special Representative of the Secretary General of the UN in Côte d 'Ivoire, renowned personalities from diverse backgrounds: culture, social commitment and varied professional experiences agreed to take over with the government of Benin international support for the African Education Initiative peace and development through inter-religious and intercultural dialogue.

END_OF_DOCUMENT_TOKEN_TO_BE_REPLACED

The validation workshop for the feasibility study on the Panafrican Peace School was held on 20 and 21 June 2016 at our headquarters in Yamoussoukro. Placed under the patronage of the Ivorian State, it was organized by our institution in partnership with UNESCO and the African Union. In addition to the three organizing entities, the workshop was attended by the following institutions and structures:

END_OF_DOCUMENT_TOKEN_TO_BE_REPLACED 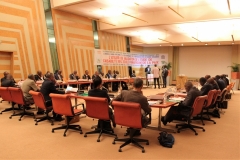 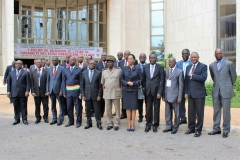 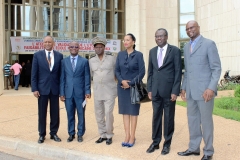 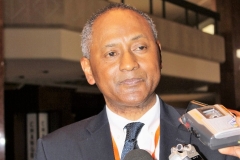 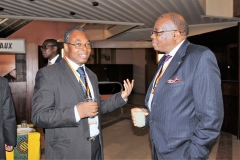 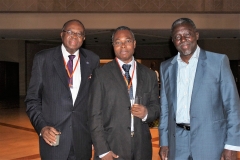 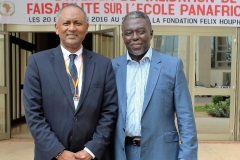 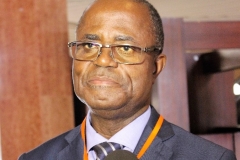 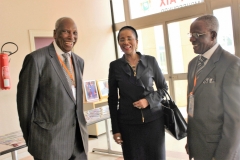 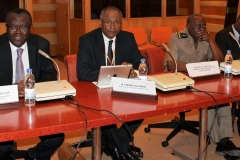 The project of the Panafrican School of Peace aims to meet three major expectations:

END_OF_DOCUMENT_TOKEN_TO_BE_REPLACED

Since its creation over 70 years ago, the United Nations has been the hope of mankind “to save succeeding generations from the scourge of war.” But more and more, we are losing hope that in its present form it can succeed. This was especially evident in recent weeks when the great powers did not bother to send high-level delegations to the UN’s Humanitarian Summit despite the fact that 60 other countries sent their heads of state. While Germany was represented by its Chancellor Angela Merkel, the other great powers were essentially absent: Canada, France, Italy, Japan, the United Kingdom, the United States, Russia and China.