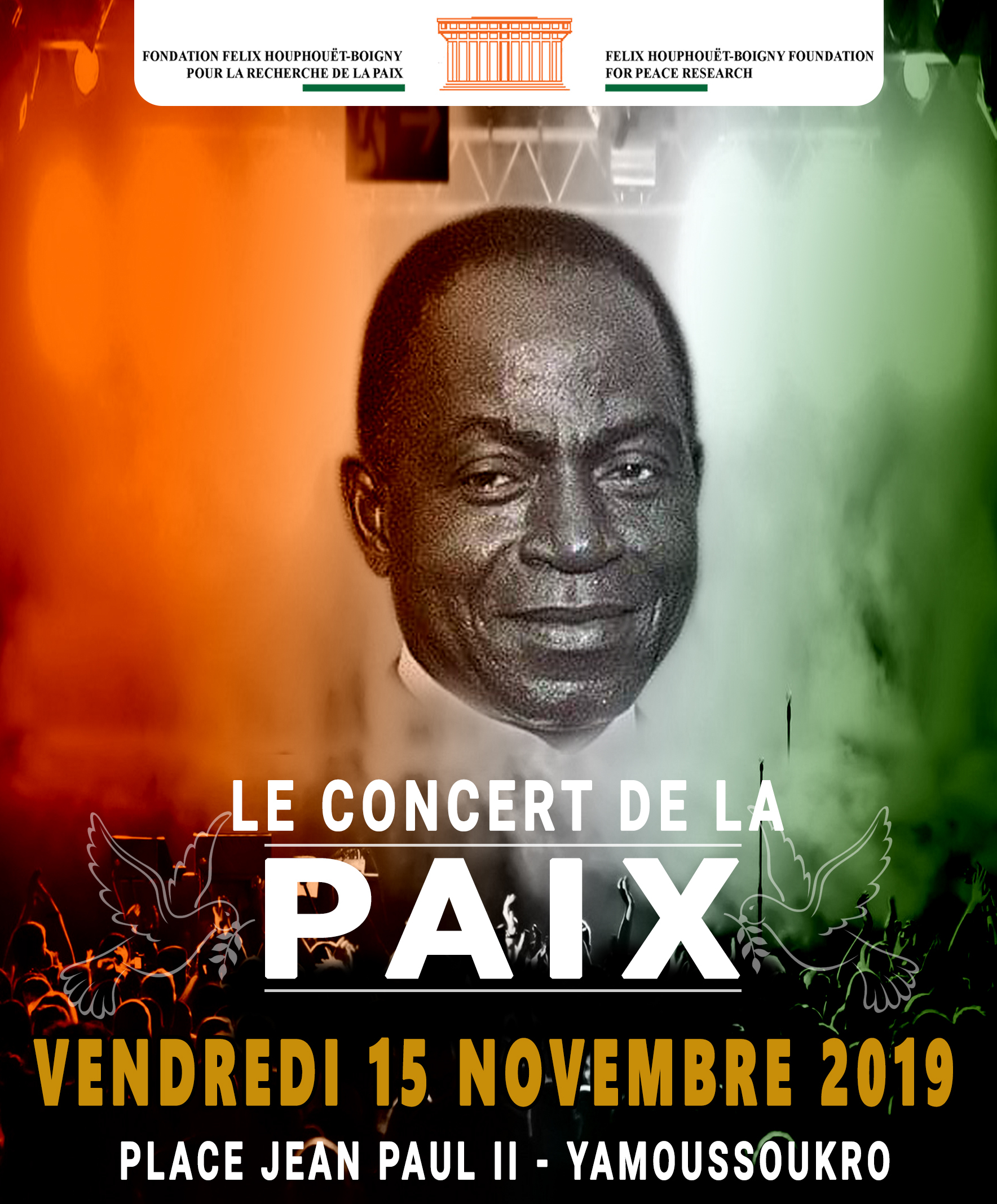 The Peace Concert is the activity during which the FHB Foundation intends to bring together a larger number of people than previous concerts. It is a concert whose entrance will be free. It has planned to attract at least 15,000 spectators from the Yamoussoukro District, mainly young people to John Paul II Square for a show rich in sounds, images and lights with nearly 20 Ivorian artists and musical groups of international and national classes from 7pm to dawn on Friday, November 15, 2019, declared "National Day of Peace" by the State of Côte d'Ivoire.
There are four reasons for choosing Yamoussoukro:

Indeed, the Autonomous District of Yamoussoukro has about 300,000 inhabitants, 56.46% of whom are less than 20 years old. Through this concert, we specifically target the younger generation, essentially the generation born after the death of President Houphouët-Boigny, namely young people under the age of 25. They are our core target. We want to make them better acquainted with this exceptional man, "builder of modern Côte d'Ivoire" and "Artisan of dialogue".