Culture of peace in Latin America

The elections of Andres Manuel Lopez Obrador in Mexico, Gabriel Boric in Chile, Jose Pedro Castillo in Peru, and Gustavo Petro in Colombia, as well as the potential for the election of Lula da Silva in Brazil are being considered as a “second progressive wave.”

It is compared to a “first progressive wave” from 2008 to 2016 when Latin leaders included Hugo Chavez in Venezuela, Luz Ignacio Lula da Silva in Brazil, Nestor Kirchner in Argentina, Rafael Correa in Ecuador, and Evo Morales in Bolivia.

END_OF_DOCUMENT_TOKEN_TO_BE_REPLACED

Two sets of events this month promise progress towards a culture of peace.

In Colombia, the newly-elected President Gustavo Petro promises to re-invigorate the peace process, while at the same time the Colombian Truth Commission has published its long-awaited report.

The election of Petro is the first time in the history of Colombia that a left-wing candidate has been elected President. Petro based his candidature on the promise to complete the peace process by making peace with the ELN guerillas, and to ensure the safety of community leaders and former FARC guerillas. This will not be easy since during the administration of the outgoing President Duque 4,930 leaders were assassinated.

The Colombian Truth Commission has been working since 2018 to clarify the violations that occurred during the armed conflict and to contribute to uniting Colombian society so it can advance towards the construction of a future of peace for all. As expressed by newly-elected President Petro, “The truth cannot be a space for revenge.”

On 9-10 June scholars and experts met in Ulaanbaatar, Mongolia, to discuss the importance, challenge and prospects for Nuclear-weapon-free zones (NWFZ). The participants congratulated Mongolia on the 30th year of its unprecedented initiative to establish a single-State NWFZ.

More than half of the world is now covered by Nuclear-weapon-free zones, as shown in the world map published with the article from Mongolia.

Then on 21-23 June, the historic first Meeting of States Parties to the Treaty on the Prohibition of Nuclear Weapons met in Vienna and adopted a political declaration and practical action plan that set the course for the implementation of the Treaty and progress towards its goal of the total elimination of nuclear weapons.

The urgency of these initiatives was underlined in the most recent report from SIPRI, the Stockholm International Peace Research Institute. Of the total inventory of an estimated 12 705 nuclear warheads at the start of 2022, about 9440 were in military stockpiles for potential use. Of those, an estimated 3732 warheads were deployed with missiles and aircraft, and around 2000—nearly all of which belonged to Russia or the USA—were kept in a state of high operational alert. SIPRI adds that nuclear arsenals are expected to grow over the coming decade.

The war in Ukraine runs the risk of escalating into a nuclear war. Speaking at the meeting in Vienna, United Nations Secretary-General Antonio Guterres said, “The once unthinkable prospect of nuclear conflict is now back within the realm of possibility”.

Cities have no use for nuclear weapons. Hence the United States Conference of Mayors has called on the U.S. and the other nuclear-armed states to commit to a process leading to the adoption no later than 2030 of a timebound plan for the global elimination of nuclear weapons by 2045. The European Chapter of Mayors for Peace expressed their solidarity with Ukrainian cities and called for a long-term vision of international security that overcomes nuclear deterrence. They attended and supported the Meeting of States Parties to the Treaty on the Prohibition of Nuclear Weapon in Vienna that is mentioned above. Activists in a number of European cities mounted actions to support that meeting.

We conclude with homage to the great peace activist Bruce Kent who passed away at the age of 93 last month in England. One of his last acts was to join a small CND delegation delivering a letter to the Russian Embassy in London, which said: “For the sake of Ukrainian children taking shelter from Russian missiles; for the sake of all those who will die if the situation escalates and for the sake of the millions of us who will perish if the heightened risk of nuclear war turns into a nuclear conflict, we urge your government to halt the attacks, withdraw the troops and withdraw the nuclear threats.”

There are no upcoming events at this time.

5th Congress of the Association of African Historians

2nd FESA-UNESCO International Conference on “Violence Prevention and Promotion of the Culture of Peace in the Election Period in Africa” on December 12 and 13, 2016 in Luena

Workshop on Validation of the Feasibility Study on the Panafrican School for Peace on June 20, 2016 in Yamoussoukro, Côte d’Ivoire

Recovery workshop on the theme: “African Initiative for Education for Peace and Development through Religious Dialogue” organized by the Pan-African Center for Social Prospects (CPPS-IAT) on May 26, 2016 in Cotonou, Benin

FESA International Conference on the Culture of Peace and the 3rd Network Meeting on September 11 and 12, 2015 in Soyo, Angola 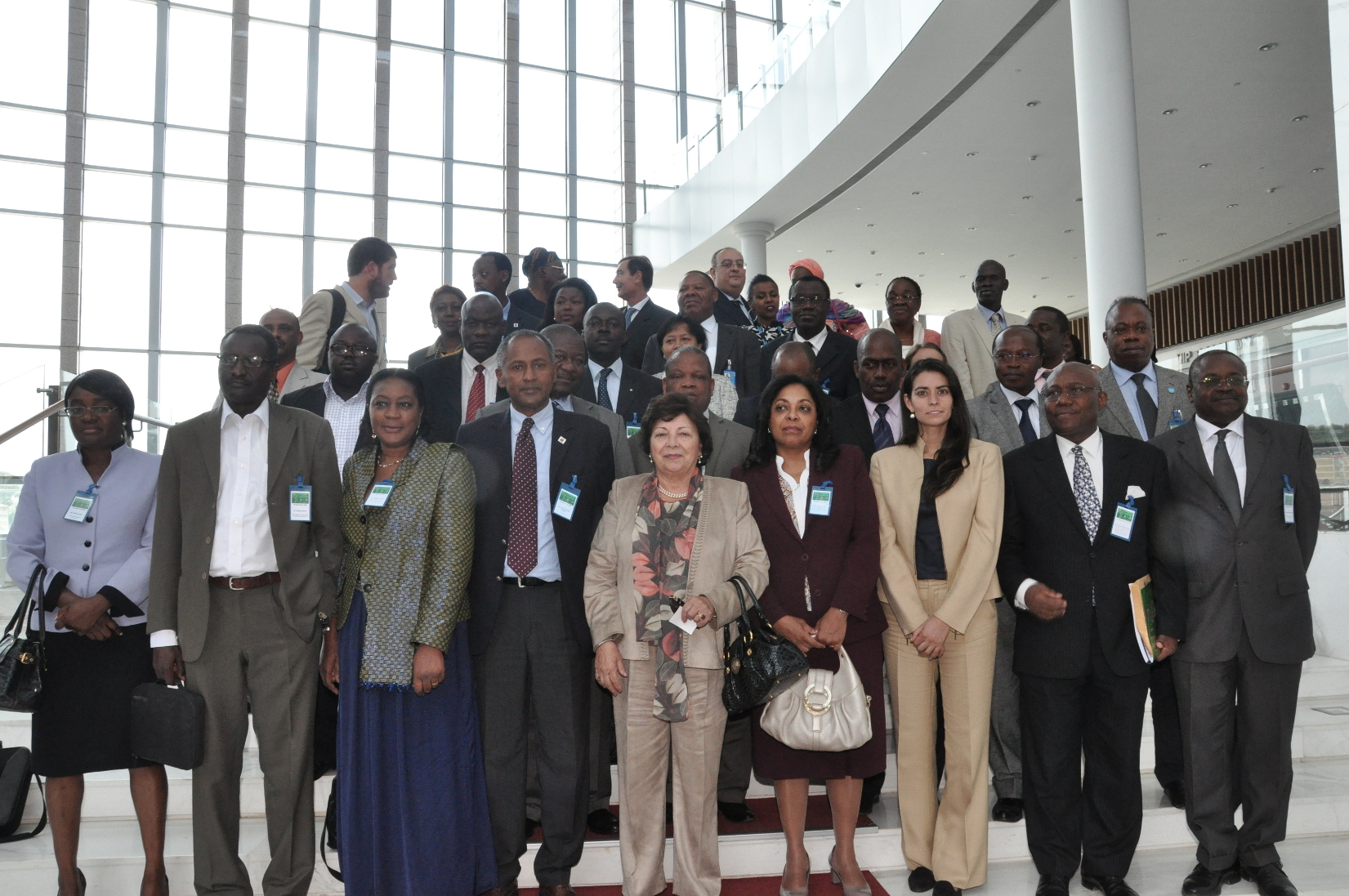 Fifth Network Meeting on September 21, 2019 in Luanda, Angola, on the occasion of the 2019 Biennale for the Culture of Peace

Second Meeting of the Network, from September 21 to 24, 2014 in Yamoussoukro, Côte d'Ivoire

You are welcome to visit the website of the Network of Foundations and Research Institutions for the Promotion of a Culture of Peace in Africa.

The Network was created at the end of the Addis Ababa meeting on September 20 and 21, 2013 with a view to "creating a continental and sustainable peace movement capable of mobilizing African States, the private sector, African artists and leaders, international organizations and regional development actors as well as NGOs and grassroots associations". It is currently composed of 44 African and non-African organizations listed here.

You will find on our website articles, publications, photos and videos concerning the promotion of the Culture of Peace on the African continent. We also keep you informed about upcoming events.