Organized in Cotonou from May 26 to 28, 2015, the International Symposium on the launching of the African Initiative for Education for Peace and Development through Inter-religious and Intercultural Dialogue is once again in the news. On May 26 and 27, 2016, a workshop was held at the Cotonou congress center to review the modalities of the official start of the second edition.

END_OF_DOCUMENT_TOKEN_TO_BE_REPLACED 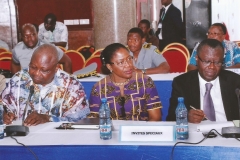 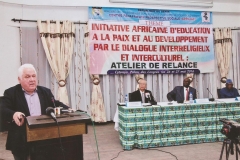 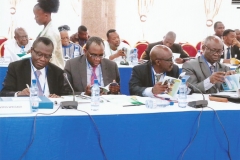 Nonviolence is in our news these days. Let us begin by recalling the words of the great tactician of nonviolence, Martin Luther King, speaking of Mahatma Gandhi: "nonviolent resistance is not a method for cowards; it does resist. If one uses this method because he is afraid or merely because he lacks the instruments of violence, he is not truly nonviolent. This is why Gandhi often said that if cowardice is the only alternative to violence, it is better to fight… nonviolent resistance … is not a method of stagnant passivity… For while the nonviolent resister is passive in the sense that he is not physically aggressive toward his opponent, his mind and his emotions are always active, constantly seeking to persuade his opponent that he is wrong. The method is passive physically but strongly active spiritually. It is not passive non-resistance to evil, it is active nonviolent resistance to evil."